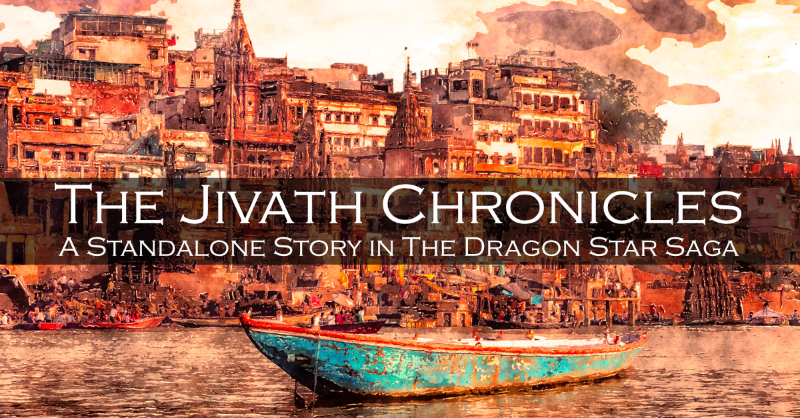 The fog came in fast. A thick, gray blanket thrown across the harbor. Too quick for the ships anchored offshore to get to the docks. Too swift for anything natural.

I stood on the docks with Father as he inspected a load of spices from one of the ships to stock the shelves of the shop he and Mother ran. We didn’t notice the fog at first. He argued with the ship’s captain, who wanted to charge extra at the last minute for port fees. A gauger my father called him. I kept my eyes on the bags of spices. That was my job. Count, inspect, watch. Make sure we had all we’d contracted for, ensure it smelled and tasted of quality, not cut with some cheap filler. And guard. Keep the dock rats from making off with anything while Father haggled on the price.

The dock rat I’d been tracking from the corner of my eye as he lingered too near our wagon of spices suddenly raised an arm toward the water and let out a yelp. I assumed it was a distraction. Something to turn my head while he snatched a smaller bag and made off with what, for him, was equal to a week’s worth of wages after he sold it to one of the merchant clans.

But then a second dock rat shouted. Then the crew of the ship started yelling. I risked a quick look, but my eyes stayed locked on the harbor as I saw what gathered everyone’s interest. A swirl of cloud descended from the sky, like a massive bird falling to the water, slow and certain. But when the dark mass touched the water, it did not sink or still. It spread out. Like a swarm of bees pouring from a hive, it billowed outward, a rolling fog that engulfed the ships of the harbor in seconds.

I stumbled back as the wall of soot-black air rushed toward the docks. Father caught me in his arms and held me close.

“What is it?” I asked, breathing fast.

“Dark Sight,” Father said. “Or something worse.” Mother worked The Sight as a healer, complimenting the herbs and spices she and father sold. All the women in our family are healers of some sort or another. She trained me to follow when we had time. She’d never mentioned anything like this being possible.

Father turned to the captain, tossed him a bag of coins, and pushed me in to the driving seat of the wagon. He urged the horse along the planks of the pier, cursing at dock rats and merchants to clear the way.

I looked back over the wagon bed as we turned from the port proper and onto Swinoth Kav, the main street that ran through the whole of Jivath and out into the countryside. Over the bags of pepper corns, cardamom, and clovat, I watch the fog roil across the last gap of water and shroud the ships tied to the mooring posts. The dock people only then screamed and ran. But the fog captured them in seconds, their cries lost to me under the clattered of the wagon wheels rolling over the paving stones.

Father raced the fog all the way back to our home, pulling horse and wagon into the barn, slamming the doors shut and abandoning beast and goods as he pulled me into the shop while the gloom flooded the street. We stood there with Mother staring out the lone window as the solid air grappled with our city. We were sacred and confused, but we were together.

Had I known we only had days before they and much of Jivath would be gone forever, I would have told them I loved them.