Why Do Aliens Invade Earth? 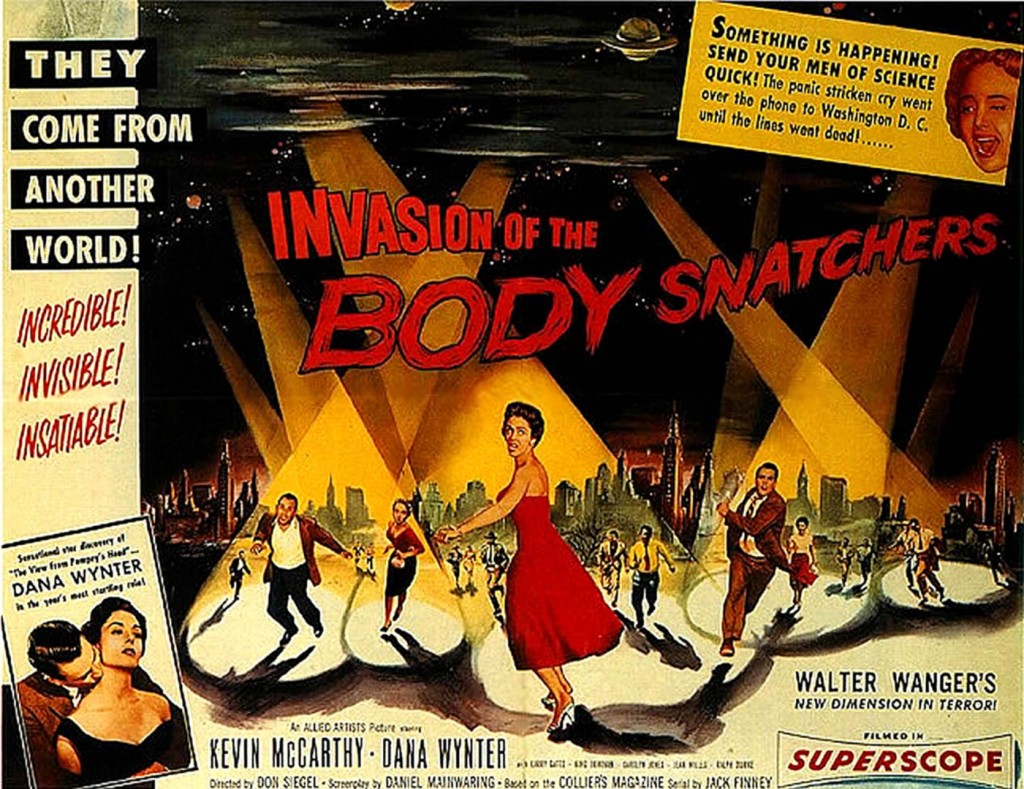 So, some good news and some bad news. The bad news is that getting Wizard of Time 3 through the editor and proofer took longer than expected, so its publication will be delayed into June. Sorry. Unavoidable, as I still have a few stages of editing and review with it after the proofing process.

The good news is that I am very happy with direction the cover for The Edge of Eternity. I’ll post it shortly.

ON a completely different topic – I’ve been wondering something lately. Why do aliens invade earth?

I Iove a good alien invasion story. My favorite is the hopefully-to-one-day-be-completed War Against the Chtorr series by David Gerrold. My other favorites include H.G. Wells’ classic War of the Worlds, (the novel, the 1938 radio broadcast by Orson Welles, and the 1953 George Pal film versions), Jack Finney’s Invasion of the Body Snatchers (The 1956 film more than the novel), John Wyndham’s Midwich Cuckoos (and the film 1960 version as Village of the Damned), and John Campbell’s novella Who Goes There (and the 1951 film version as The Thing From Outer Space, as well as the 1982 film versions The Thing). Although I didn’t care for the first season, I also enjoy Falling Skies as an alien invasion/post-apocalyptic smashup.

There are a ton of good and bad alien invasion films. There are few lists here, here, and here of the best and worst.

But, by and large, even when I enjoy one of the stories, I’m still left asking, “What the hell were those aliens thinking?” What did they hope to gain? The alien motivations for invasion are often vague, but seem to fall into three broad categories.

The first is what I think of extra-terrestrial lebensraum. Aliens invade because they need more living space. This one seems a bit of a projection of human territorial nature. If you are an alien species capable of crossing vast interstellar distances, surely you can manage to build arcologies, or O’Neill colonies, Ringworlds, Dyson Spheres, or at least terraform some uninhabited planet to better suit your environmental needs. And surely this would be easier than taking a planet whose inhabitants are destroying its environmental integrity. This would seem to be the motivation in stories like War of the Worlds and Independence Day.

The second motivation for alien invasion seems to be a lack of resources. They’ve run out of some resource and it seems like earth has plenty of it – once they get rid of the pesky bipedal animals. Again, if you’ve got the technology to travel between the stars, surely you would have noticed the vast asteroid belt filled with mineral resources on your way to the third planet from the sun. And if for some reason, like the invaders in the 1980s incarnation of V, you are thirsty, you could have simply stopped off at Eurpoa, the ice bound moon of Jupiter and melted a few million gallons with less hassle. This is the reason behind the reverse invasion in Avatar where it is the humans who want resources (the ever-poorly named unobtanium) and are willing to kill for them. Even in this film it requires the conceit that it is technologically impossible to artificially create this special metal, or that it exists anywhere else, and moreover, that again, while humans can figure out how to travel between stars, they can’t figure out how to mine an ore without killing everyone near it.

The third reason for alien invasion is usually a cultural one – the aliens like to dominate other aliens and we look like easy pickings. This also seems like an extrapolation of human nature. While, historically, we often invade and kill or subjugate people who have land or resources we want, we also frequently invaded to get the people themselves, so we could make slaves of them, or so we can force or way of life upon them. However, enslaving humans doesn’t seem like a useful goal based on the necessary investment of time and resources. Wouldn’t it be easier to build a few more robots? Or, if they want out women, as aliens seem to do, surely it would be easier to grab a DNA swab and clone a few.

The fourth motivation is less a motivation than a state of being – it’s just in their nature. This seems to be the motivation behind the invasions in The Thing, and Invasion of the Body Snatchers, and even the Chtorr series. This I can at least understand. These poor aliens can no more stop invading other species than we can stop imagining alien invasions.

I have hopes to one day come up with an interesting alien invasion story that makes perfect sense, but until then, I’ll keep hoping to come across one that someone else has written.