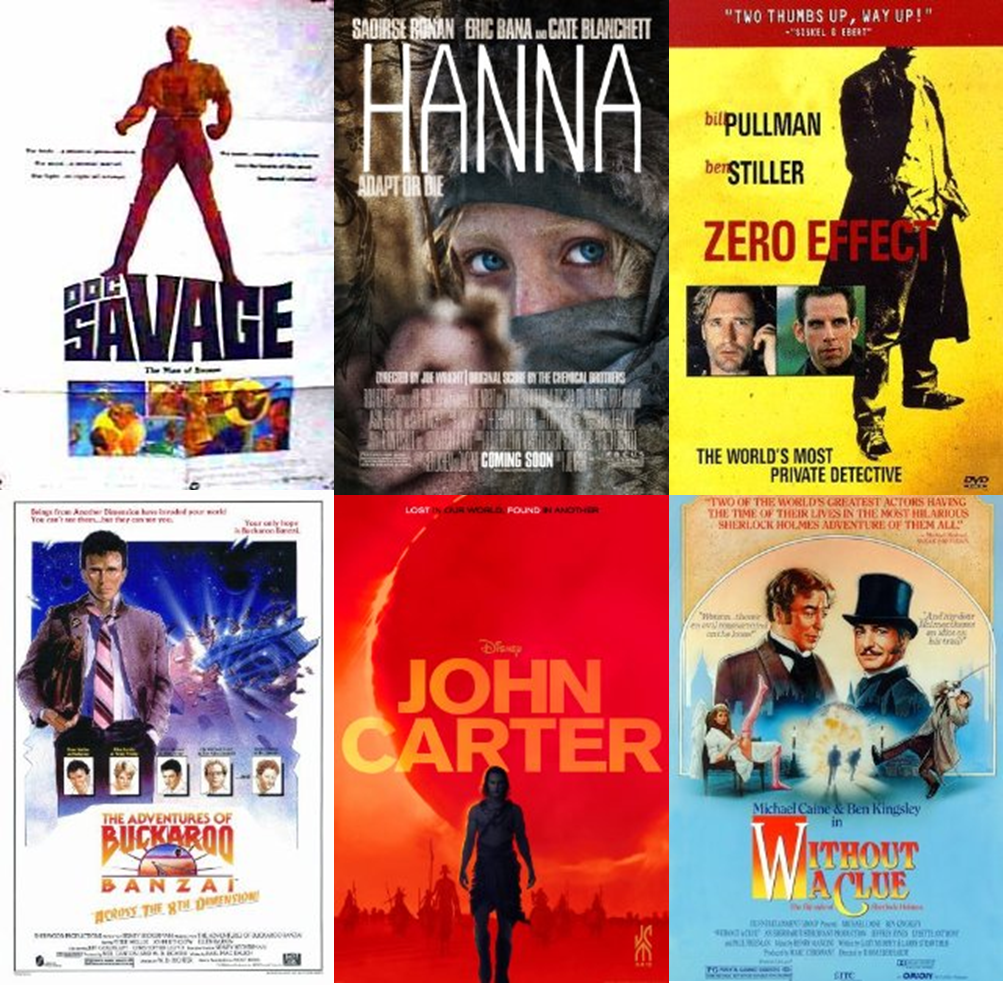 The announcement recently of a sequel to The Incredibles got me to wishing for sequels to other films that I love. Below is a list of a few of the stories I wish were continued.

This one tops my list. I LOVE this movie. Michael Cain playing Sherlock Holmes as a fictional invention of Dr. John Watson, played by Ben Kingsley, who is the real brains behind the sleuth. Cain and Kingsley are perfect together and the script is hilarious.

The Adventures of Buckaroo Banzai

This is obvious. While I would have loved a couple of sequels back in the 80s, I think it would be even more interesting to see a sequel done today. Most of the cast is still around. It’d be fun to see how Buckaroo has aged.

Again – why were we denied this? I often read comments that believe that Jack Burton is actually the side-kick in the story, but while that may be true to some extent, it’s still Jack’s story, told from his perspective. And he’s is so much clueless fun. It’d be great to see him lost in the middle of some other supernatural adventure. Again, it’d be interesting to have Kurt Russell return to this role after so much time.

I know – the original movie is a travesty. At least for diehard Doc Savage fans. But, after watching it when I was young, I had always hoped the presumed sequel would be more serious in tone and correct some the films failing. There is a possibility that Shane Black will direct a Doc Savage film, but given the history of great geek stories actually making it to the screen, I’m not that optimistic.

Which brings me to John Carter – great geek story that took a century to make it to the screen. It will never get a sequel, but that isn’t really the fault of the film or the filmmakers as much as the marketing team. Read John Carter and the Gods of Hollywood  by Michael Sellers for an exhaustive account of Disney’s failure to market a great tent pole film.

This is a great little action film with a slight sci-fi twist. It’s a tightly scripted story directed with minimalist flare by Joe Wright. The story of a special young girl, played brilliantly by Saoirse Ronan, trained to avenge the death of her mother. I’d rather see a sequel to Hanna than the next Bond film.

This is such a weird and quirky little film with Bill Pullman as a detective that I can see why it never made enough money to justify a sequel. But that doesn’t keep me from wishing I could see Daryl Zero striking out to solve another case.