I am busy working on the first draft of The Edge of Eternity (Wizard of Time Book 3) and haven’t had much time for blogging. However, I thought it might be fun to post a list of my favorite spaceships from TV and movies. So, below you will find them in no particular order – except the last one.

The Enterprise (From Star Trek The Motion Picture)

I remember seeing this ship in the theater when the movie came out. I was probably 11 or 12. I had been reading about the design for months in Future Life Magazine. I wanted to live on that ship. I had seen Star Wars, but had never felt the same desire to inhabit the world of a space craft. 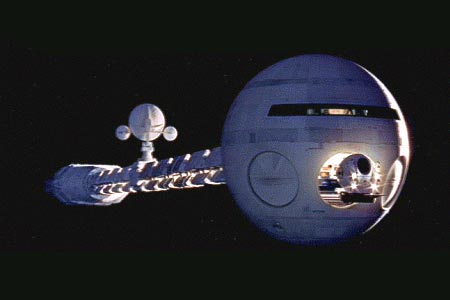 I watched 2001 for the first time when I was about 16 after having read the book. It made me feel like I had stepped into the world predicted by Popular Science and Popular Mechanics and Chesley Bonestall in Colliers Magazine in the 1950s. My grandfather had some of these magazines in his basement and I had devoured them when I was 10 of 11. Seeing 2001 made me feel like those younger day dreams could come to life. 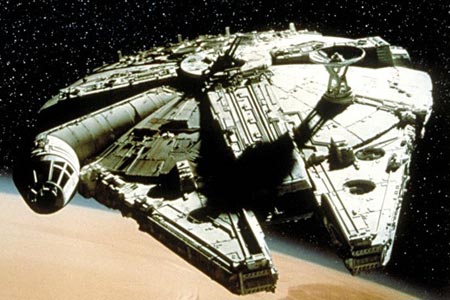 Pretty much every male my age wanted to fly the Millennium Falcon when they were a kid. As an adult what I like about the ship is it’s non-symmetrical design. It’s a half saucer, with two projecting forward wings and an offset command module. And it moves in the direction of the narrow end of the ship. It breaks expectations in really interesting ways as a design, which I like about any work of art. 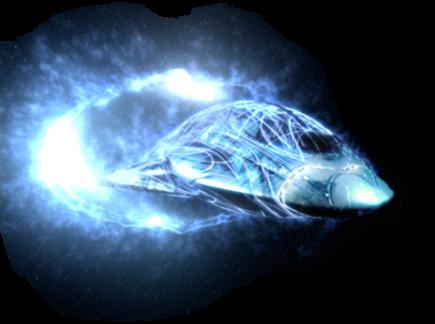 A living ship with sleek lines and an organic Art Nouveau meets alien spaceship design. Farscape is my favorite sci-fi show for the simple reason that when I was 13 I wanted to be John Crichton, even though he wouldn’t exist as a character for decades. Watching that show felt like having my childhood daydreams brought to life before my eyes. And, much like the reaction I had when I was a kid to The Enterprise from ST:TMP, I wanted to live aboard Moya the moment I saw the first episode. 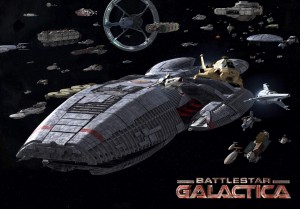 What I love about the Galactica ship, and the bridge in particular, is that it seems so practical, so functional. It’s low tech as the future of space travel. I don’t have the same desire to hop aboard for an extended stay the way I do with Moya, but it feel like I could figure out how everything on the bridge worked and volunteer as part of the crew if I needed to. 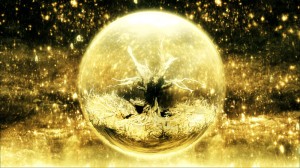 The Crystal Ship (The Fountain)

This is my favorite starship design. So simple. So elegant. Implying a technology so advanced that it doesn’t need to present itself as technological. A crystal sphere with a tree as living cargo, crossing vast distances of space without even the suggestion of an engine room. The mystic explorer in me wants one badly.