Some Questions and Thoughts a Cybiont World 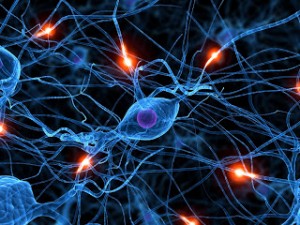 “I see the Cybiont as a single planetary organism, and, more specifically, as the most advanced form of a planetary brain now coming into being.” Joel de Rosnay, The Symbiotic Man, p. 114

The idea of a Cybiont world is a combination of the Gaia hypothesis, the ever-increasing network of computer technology around the world, and the potential advent of artificial intelligence, or something closely resembling it. The Cybiont supposition is that in some ways we are adding a “brain” to the “body” of the living system of the Earth. This is a farfetched idea, but one that will become progressively more plausible as the 21st century marches onward. As our world becomes more and more interconnected at every level by ubiquitous computing, a nonlinear network is being created.

As communication throughout this network comes under the control of computers that are as powerful as human brains, what might the result be?  What is the implication of artificial intelligence for a single computer and how does that implication magnify when it is networked with millions or billions of other computers, some equally powerful, some less powerful, and some even more powerful?  When smart chips and nanoprobes are spread throughout the world feeding information into this network like so many nerve endings, how will it respond?  Is there the possibility of a leap in complexity to a higher order?  Might not this network become adaptive?

These are questions we should considered in the coming decades, because this network, which we are creating, will inevitably have effects on the human species and the physical, non-cyber world, of living beings. While we may not be able to predict the effects of this Cybiont we might be creating, if we are attuned to the changes that emerge during its early development, we might have some chance of guiding its “evolution” toward our continued benefit. If this emerging “brain” develops a “mind” of its own, we will want to be sure that this mind is somewhat in agreement with ours about the sanctity of life and humanity in particular.

It seems unlikely, but then again, we must ask ourselves, what is it that allows us humans to have the experience of consciousness we do when other organisms have little or none?  The level of complexity of our brain, and in particular its size in proportion to body weight, seems the only real candidate. Thus, at some point there are enough neurons to allow a deeper experience of consciousness. This number seems to be around ten billion, a number than many futurists assume would create striking change if our world population were to reach it. But how many connections between computers are needed to create such a leap in complexity?  The answer is unknown, however it is easy to guess that ten billion would be in the right neighborhood.

At the heart of this notion of a Cybiont world is the idea of artificial intelligence (AI). AI is not truly necessary for a Cybiont world to arise, any more than it is necessary for each neuron of the brain to be aware in order for the whole brain to achieve awareness. Some AI research is based on the notion that if you can create a computer with as many or more possible connections as a human brain, then it will be possible to create a human-like intelligence. The research for this seems to be headed in two directions, the first being to program a computer to have this intelligence, and the second being to create systems that are capable of learning, much like our brains, and letting them “grow” into human–like awareness. Though the second path seems a better bet, they are both, in my opinion, operating from a limited idea of consciousness.

While it may be possible to create a computer system that can mimic human intelligence, consciousness is another beast. Firstly, our experience of consciousness is dependent upon the fact that we have a body, not just a brain. Our body very much affects the way we experience consciousness. A double martini or a good kiss will testify to this. The only way we can hope to grant computers as powerful as human brains something like our awareness of consciousness is by also granting them bodies.

Assuming we can place a computer as powerful as a human brain in a robot whose “body” is as full of sensory input as ours, might we then foster non-living consciousness?  Possibly. But then how will that consciousness develop?  We know that our own experience of consciousness develops through several clear stages associated with the creation and maintenance of an ego-self. Would a computer-based-person move through these same stages?  Would a computer mind naturally develop an ego-self?  And if one did, what are the odds that it might then pass through the stages of personal development and move on to the transpersonal stages?  Could a computer-based awareness of consciousness gain a spiritual experience of the kosmos?  And since this consciousness would seemingly not be bound by the time constraints placed on living beings, how might its consciousness continue to develop thereafter?  Moreover, could this program-person then be downloaded into other robots?

Of course the desirability of having a mind that is not in a human body isn’t something that appeals to everyone. And mystics would surely be amused at the idea of continuing the mind, the ego-self, for all eternity, as this is what keeps us separated from the direct and ultimate experience of reality. But even if the dreams of transhumanism can be realized, will they be realized for all humanity, or will only the wealthy and the privileged gain immortality in artificial bodies?  What becomes of a society where those in power can remain in power indefinitely?   Currently the transhumaist and extropian movements seem to be rooted in a thoroughly Modern worldview, but certainly there is the possibility that if their goals are achieved that minds possessed of Spiritual worldviews could make the leap to near eternal machine life. Might it then be possible for Bodhisattva transhumanists to perpetually help other “living” beings attain Enlightenment?

When it comes to subjects like the possibility of a Cybiont world, artificial intelligence, and extropian visions of trans-humanity, it is difficult to imagine not only how these things might affect us, but in some cases, how they will even come into existence. No technology, no matter how powerful, will change our lives for the better without a conscious effort to guide it toward that end. Simply increasing computing power and placing smart chips on everything will not give us more freedom or happiness. We will have to actively seek to mold these technologies to our needs, individually, locally, nationally, and globally.

We can only do this if we are aware if what these technologies are, how they are advancing, and how they are being implemented.  Usually a technology is implemented by the company that stands to profit from its deployment with as little public discussion as possible. Whether the technology benefits society, or only the company’s profit margin, is generally of little concern.  As computer and robotic technology continues to develop we should begin thinking about their implementation in society in Integral terms, addressing the long-term consequences with equal or greater care than we apply to considering the short-term benefits. We need to apply a human lens to our assessment of technology. John Naisbitt, in his book High Tech, High Touch, see this as “…embracing technology that preserves our humanness and rejecting technology that intrudes upon it.” This is a simple vision, but one that will be difficult to bring into focus without a strong commitment from each of us to strive for an Integral view of our technological future.