Why and How Do We Catagorize Fiction? 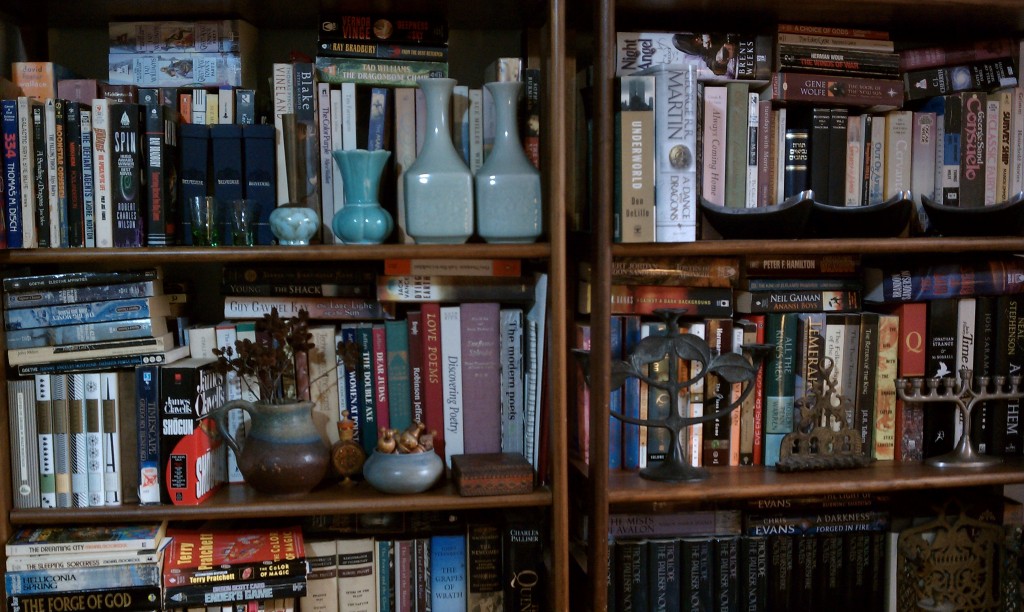 Two articles (LA Times and Time Magazine) I read recently got me to thinking about the difference between genre fiction and literary fiction – what those differences are, if it matters, how those distinction affect me as a writer, and how the idea of genre vs. literary changes when passing from one art form to another – say from novels to theater to TV and film? Reading those articles led to reading others, which led to more questions.

One of the interesting questions for me is how the idea genre shifts between mediums. Does anyone talk about the Screwball Comedy genre in novels? Is there a clear equivalent to Literary Fiction in film? Would that translate as Independent Film?

And why Literary Fiction? Is that really a genre? And if it is, couldn’t we use a word that doesn’t imply that all other types of novels are not literature, i.e. not artistic, not valuable, not ‘real’ writing?

We’re human beings. We like to sort things. It’s only natural that we want to sort different kinds of writing. It’s useful. If you’re draw to a certain type of story, say those with future settings that deal with technology then it’s helpful to be able to look for novels like that.

Of course, if you like Literary Fiction you run into a bit of a problem in that it isn’t a very descriptive category. The implication made by several writers I’ve read trying to define Literary Fiction is that it is ‘serious’ fiction, but that doesn’t really tell you very much. If you’re looking for a contemporary family drama as opposed to a fictional first person memoir, you can’t easily search sub-categories. Even Amazon’s extensive categorization would put both novels under Literature & Fiction, sub-category, Drama.

Maybe General Fiction will suffice as a non-pejorative substitute for Literary Fiction. I think I’ll stick with that for now, for my own thinking. It allows plenty of sub-categories (Classic, Family Drama, Comedy, Inspirational, Religious, Historical, Experimental, etc.) Then what we normally think of as ‘genre’ fiction, I’ll call Distinct Fiction with its own sub-categories (Science Fiction, Mystery, Fantasy, Thrillers, Horror, etc.)

The idea here is to categorize without assigning value – because value can’t be assigned simply with a label, it has to be assigned by actually reading the work in question. You can write a brilliant Science Fiction novel and a brilliant Family Drama. It is absurd to assume that one is inherently more brilliant simply by the virtue of being assigned a different category.

But what are the ways we differentiate fiction in order to categorize it? I’ve repeatedly read that one of key difference between General Fiction and Distinctive Fiction is that the later is more concerned with plot while the former is more concerned with character. As a generalization, this might hold some value, but not enough to be useful. What are the elements of a novel that can be used in categorizing? The list seems pretty straightforward. They are all the elements that writers learn to use in creating a story:  Setting, Character, Plot, Dialogue, Description, and Style.

Looking at that list it seems Plot and Setting would seem to be the most useful in establishing a category for a novel. But the more I think about it, the more I suspect I’ve been duped. The word ‘Literary’ to describe General Fiction implies a greater value. But really, since General Fiction is composed of a set of fairly clear sub-categories (Family Drama, Personal Journey, etc.) maybe there is no need for a dichotomous categorization between General and Distinctive Fiction. Maybe it’s easier to eliminate the primary categories altogether and rely upon the sub-categories (Epic Fantasy, Romantic Drama, War Drama, Historical Romance, Space Opera, etc.).

It strikes me that this level of simple and non-value structured categorized isn’t likely to be embraced writers, publishers, reviewers, or academics, even if it might make things easier for readers. A natural part of categorizing is to place things in categories based on how we relate to the work. Some reviewers and publishers will want to imply value as much as writers will want to define their work as having a particulare kind of value (entertainment, adventure, character view point, social commentary, etc.).

What’s interesting is when writers of General Fiction write works that would normally be classified as Distinctive Fiction, but of course still want to be considered ‘serious’ authors. This is why I suspect Margaret Atwood calls her writing ‘speculative fiction’ rather than Science Fiction. But if Octavia Butler had written “Oryx and Crake” would it have been shelved in the General Fiction section or in Science Fiction?

After reading a bunch of other articles and blogs on the subject of genres the most interesting observation that occurs to me is that writers can be a prickly and insecure bunch. Writers of General Fiction seems testy about that fact they don’t feel they are being financially remunerated at the same level as writers of Mystery or Science Fiction novels (i.e. they don’t sell as well). The impression is that they are writing for the love of art and the respect of their peers not simply for financial gain. One of them even refers to ‘genre’ fiction as ‘commercial’ fiction, implying that it is written by people who are more interested in money than art.

Of course, in reality, writers of Science Fiction or Fantasy or Mystery are writing for the same reasons, and most of them are not making much money at it either. (This may change due to the shift toward independent publishing, and I’ll come back to that later.)

On the other hand, the writers of Science Fiction, Fantasy, Mystery, Romance, etc. tend to feel that they get no respect for their writing and their work gets treated as product not as art by most publishers, reviewers, academics, and even readers.

The first thing that strikes me about this dichotomy between commerce and art is that the successful novels help the publishers pay for the unsuccessful novels. Every Stephen King or Jonathan Franzen hit helps cover the costs of printing several flops, whether they are General Fiction or Science Fiction or Westerns or whatever.

The second thing is that as more and more writers start skipping traditional publishing for independent publishing there may be an interesting shift in how people think of ‘genre’ and ‘literary’ fiction. Very soon, if you write Distinctive Fiction, there will be little reason for you to seek a traditional publisher. I believe this is already the case and I feel fortunate that none of my novels enticed an agent or found a home with a publisher. However, for the next few years, if you want your books in print and on shelves in book stores, you’ll need to work with traditional publishers. As more and more people switch to ebooks that will be less important, and more publishers will disappear. And if Barnes and Noble decides to use onsite on demand publishing, most fiction publishers will disappear even faster (non-fiction publishing might survive for books that require a lot of images, multiple authors, and research).

But what about General Fiction? Well, the writers of certain sub-categories like Historical Fiction may find they don’t need traditional publishers any more than Mystery writers do. But the writers of introspective Family Dramas or Personal Journeys may find traditional publishers useful simply for the perceived stamp of quality a traditional publisher provides. However, that implied stamp of value will probably only last as long as traditional reviewers refuse to review independently published novels. Once that shift occurs, and people begin reading that vast majority of novels as ebooks, the way novels are valued will shift as well. I suspect that shift will come in the democratizing aspect of reader reviews. If the New York Time Books Review loves a novel, you may pick it up in paper at a store without looking at reader reviews, but if you’re buying an ebook of it, the user rating is right next to the name and if the book gets an average 2 star rating from 100 readers, you’ll likely think twice about the value of the NYT book reviewer’s opinion.

So, where am I going with all this? I think my point is this: Categorization is going to become even more important than it is now as more and more writers move to independent publishing, and that move is going to be easier, and more lucrative, for writers of Distinctive Fiction. And, with good sub-categorization, most writers of General Fiction will probably find greater financial success with independent publishing than they have with traditional publishing, even if that success comes at the cost of a lessening of the perceived ‘value’ of their work. In other words, all writers, on average, are likely to make more money with independent publishing in the next few years, but writers of General Fiction will get less respect. I’m sure writers of Distinctive Fiction will have some advice on how to deal with that.

The most important question (from my perspective) is how all that affects me and how I can utilize the things I’ve learned? Firstly, I’m happy I’m writing Science Fiction and Fantasy. They are two well selling categories with extremely engaged fan bases. Secondly, if I am wise about how I categorize the work I create, it can help readers find my writing. Thirdly, as I am writing with the hopes of doing so for a living, it’s important to pay attention to what readers expectations are for a particular category of work. Thwarted expectations lead to unsatisfying reading experiences. Lastly, if I want respect for my writing, I need to earn it by writing the best books I can, not by relying on the category of my work to convey its value. Readers, and particularly those who write reviews, care about how well you have told the story you said you were going to tell, not what they should have thought about the novel based on opinions of someone who is paid to review books.