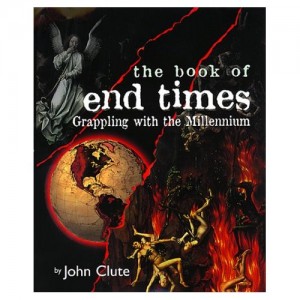 For the philosophical, there’s Plato’s Republic, which is interesting to read alongside H.G. Wells’ A Modern Utopia and his The Shape of Things to Come. This later work was made into a film that can be watched back to back with Fritz Lang’s Metropolis, which presents a dystopian future, for some fascinating comparisons. Wells’ vision of the far future found in The Time Machine, also shows certain parallels to Lang’s film. One can also watch the modern Japanese amine film Metropolis for further comparison.

Back to books, we have St. Augustine’s City of God, which isn’t strictly a utopia, but which sets forth some clear ideals about society. Then you have Francis Bacon’s New Atlantis and St. Thomas More’s Utopia. These are both apply ideas of the Enlightenment to the questions of how to construct society.

Edward Belamy’s Looking Backward is a late 19th century treatise on socialism’s promise for the twentieth century, told from the perspective of a man looking back over it. B.F. Skinner’s Walden Two applies his ideas about behavior modification to society at large. There’s also Mark Reynold’s Commune 2000 AD, which is an amusing seventies projection about life in the third millennium. Ernest Callenbach’s Ecotopia Emerging is a more contemporary take on an ecological movement that changes society. And of course, Star Trek is nothing if not a long drawn out utopian tale of the promise of technology in the face of human (and alien) nature.

For those more interested in apocalypse, I recommend John Clute’s book on the subject, The Book of End Times. For fiction you can start with Mary Shelley’s The Last Man, which is nearly, but not quite as good a read as her Frankenstein, a book that sheds important light on the science of genetics. I also suggest looking into the Mayan myth of the Fifth Age that predicts an end for our world (the Fourth Age) in 2012. Interestingly psychonaut Terrence McKenna also suggests that history might end in 2012 (see his Archaic Revival). There is also the Hindu myth of the age of the Kali Yuga or the dark age, which many people feel we are living through now.

For folks who enjoy a more dystopian view, I recommend a comparison between Yevgeny Zamatin’s We, Aldous Huxley’s Brave New World and Brave New World Revisited, as well as the better-known Nineteen Eighty-Four by George Orwell. And if you’re the sort who prefers to watch dystopia, then you can’t get much darker than Ridley Scott’s film Blade Runner, based on the novel Do Androids Dream of Electric Sheep by Philip K. Dick. Neil Stephenson’s Diamond Age isn’t really distopian, but it does present a dark vision of a future dominated by nanotechnology, as do Kathleen Ann Goonan’s Queen City Jazz and Crescent City Rhapsody. Lastly, for a book that gives an all too prescient prediction of dysfunctional postmodern life, there’s Stanislaw Lem’s The Futurological Congress.

If you want some non-fiction doom and gloom, see the following books: Jeremy Rifkin’s Biotech Century, Neil Postman’s Technopoly, Stephanie Mills Turning Away from Technology, Edward Tenner’s Why Things Bite Back, Jerry Mander’s In the Absence of the Sacred as well as his The Case Against the Global Economy, David Korten’s When Corporations Rule the World, Lawrence Harrison and Samuel Huntington’s Culture Matters, Robert Kaplan’s The Coming Anarchy, and Benjamin Barber’s Jihad vs. McWorld.

If you crave some sweetness and light for your vision of the future you can’t beat these sometimes overly optimistic visions of tomorrow: Lee Silver’s Remaking Eden, Michael Dertouzos’ What Will Be, Ray Kurzweil’s The Age of Spiritual Machines, Michael Zey’s Future Factor, John Mickelwait and Ardian Wolldrige’s A Future Perfect, G. Pascal Zachary’s The Global Me, Richard Rosencrance’s The Rise of the Virtual State, Rosabeth Moss Kanter’s World Class, and Kenichi Ohmae’s Borderless World.