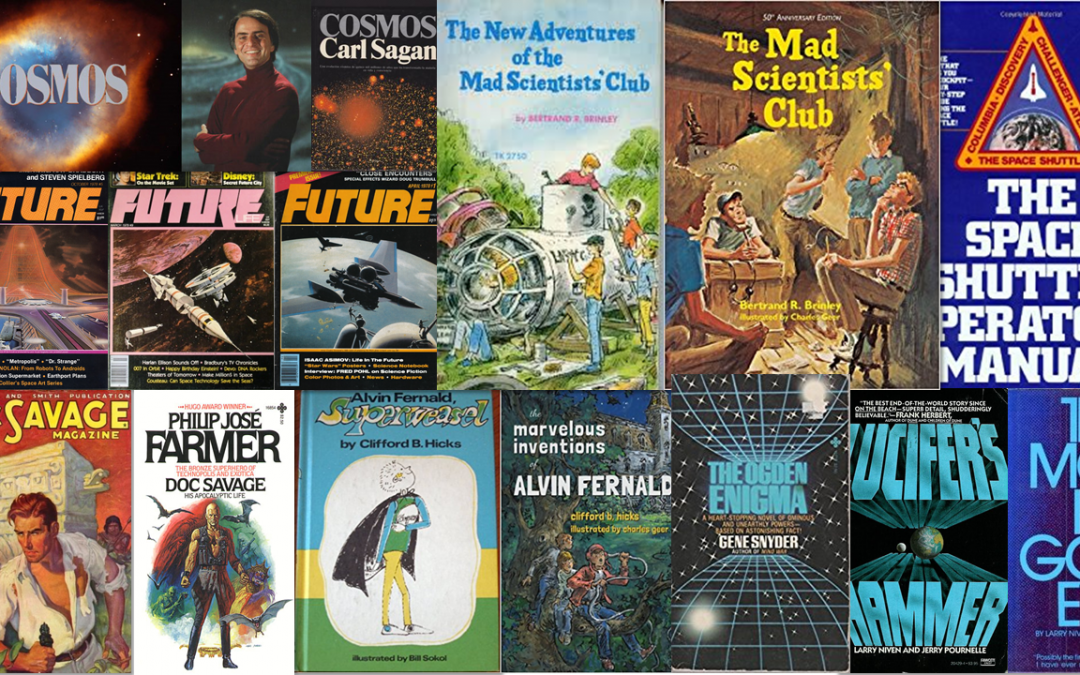 Around about the time I decided to start indie publishing my YA sci-fi and fantasy novels back in 2012, I also slowly started repurchasing sci-fi books from my childhood that had an impact and influence on how I thought about the genre. It helped me reoccupy the mental space of my thirteen year old self – a good place to be when write books aimed at kids that age. Certain books and stories always catch our consciousness more than most others. Below is a little list of the parts of my childhood I’ve tracked down and bought again in recent years – a nostalgic look back and the stories that shaped how I think about storytelling, sci-fi, fantasy, and the future. 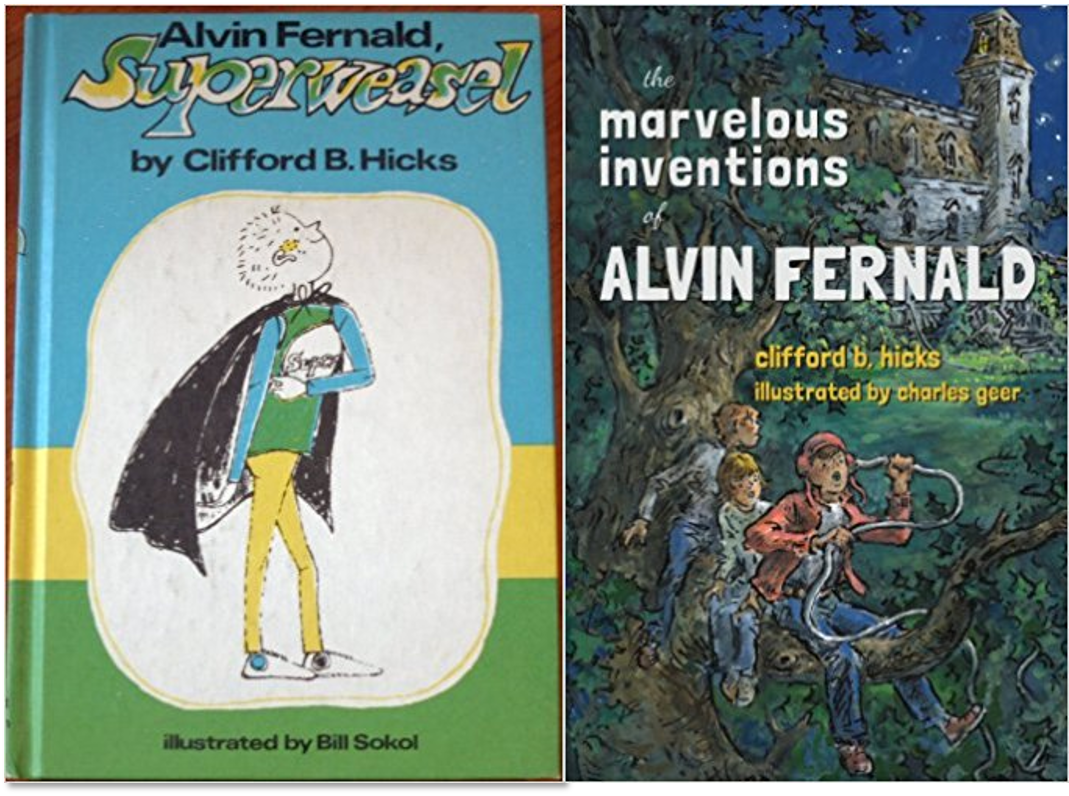 I don’t remember how old I was when I discovered the books of Alvin Fernald. Nine or ten maybe. Published in the 60’s through the 80’s by Clifford B. Hicks the novels recounted the adventures of precocious Alvin “Magnificent Brain” Fernald, his sister, Pest and his best friend Shoie. I found the book Superweasle first. A story of kids engaging in eco-vandalism to save a town. Still timely today. The novels always have an element of using science in some way to help solve the central crisis. They left me day dreaming about having a “Magnificent Brain” and finding wrongs to right in my small town with science. 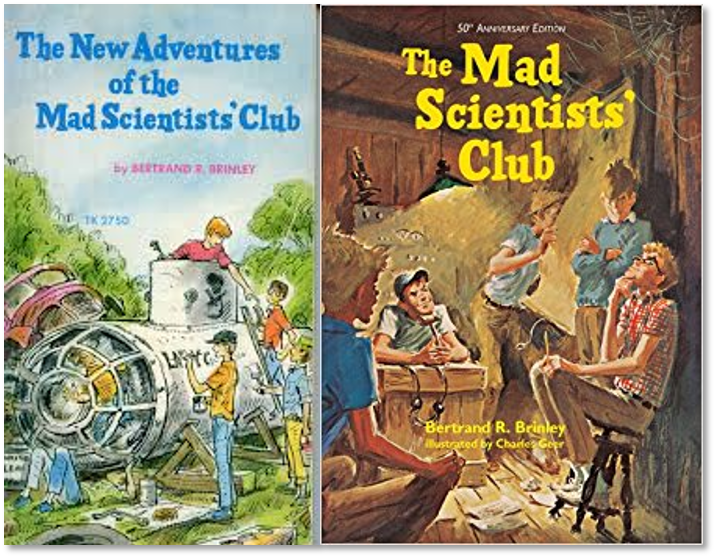 I found The Mad Scientists Club about the same time I discovered Alvin Fernald. Written by Bertrand R. Brinley these collections of short stories about a club of kids who use science to get into and out of trouble fueled a lifelong interest in science and gadgetry. With UFOs, submarines, hot air balloons, club houses, and caves, this series has everything — although it could use more girls. Very much intended for boys at the time. My memories of it had a big influence on me when started writing The Young Sorcerers Guild. 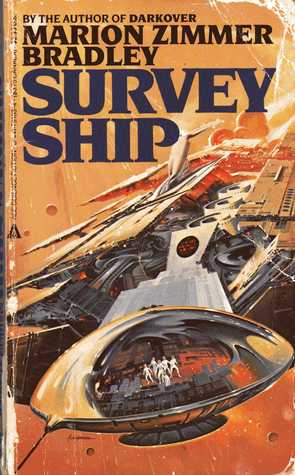 I must have read this novel  about ship of young space explorers heading into the unknown by Marion Zimmer Bradley around the time I was 12 or so. The mild sexual content was probably not appropriate for that age, but I doubt I was the intended target, and honestly, I didn’t complain about it. The thing that stuck with me from this novel is the sense of being young, handed great responsibility, and setting out on a lifelong adventure in space. I still wish I could do that! Of course, now I’d insist on taking my wife with me. 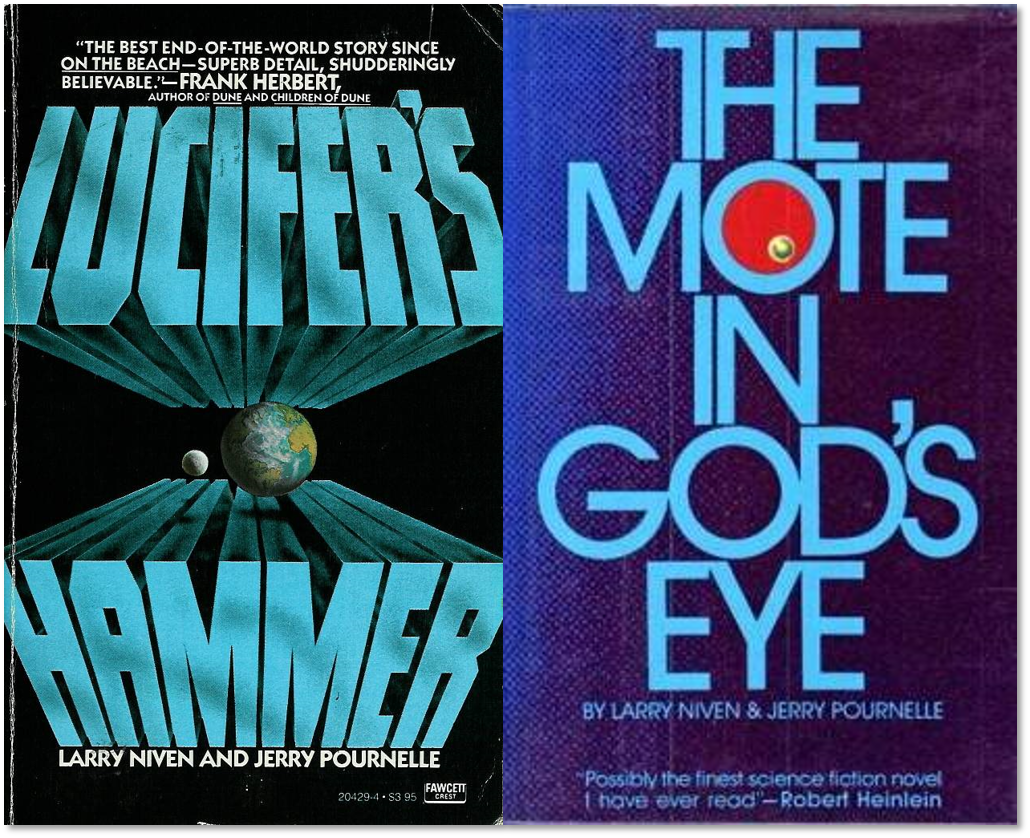 I read both of these sci-fi novels by Larry Niven and Jerry Pournelle when I was 12. My dad handed me Lucifer’s Hammer after he finished reading it. In Lucifer’s Hammer a comet strikes the earth and nearly destroys civilization. I think it was the most adult book I’d read at that age. I re-read it recently and there are still scenes that stick in my head. It still holds up as a great world apocalypse novel. And the science is still just as fascinating. Some of the story drags a bit and seems unfocused, but as a kid I loved it.  Immediately after I tracked down a copy of The Mote in God’s Eye, wherein an earth military expedition makes first contact in a distant star system. I loved that so much I still remember reciting the entire story from beginning to end to a friend in hopes of convincing him to read it. I lived in a small rural town and I think I was one of the few kids my age reading sci-fi. Both novels left me feeling a little more mature and lead to reading more adult sci-fi novels like Brave New World, 1984, and Lord of the Flies. 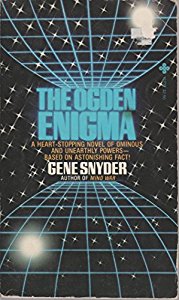 It’s hard to explain why The Ogden Enigma captured my imitation so well and stuck with me for so many years. In some ways, reading it again, as I did a few years ago, it feels like a great X-Files episode written years before the show ever existed. A sci-fi thriller with alien craft and ley lines, I can still remember sitting the back seat of the car on the way somewhere, reading and hoping the drive took longer than normal. An off side note – I used to read in the car all the time as a kid, but now as adult it makes me nauseous. I miss it. But the love of a cheesy fun sci-fi thriller has stuck with me. 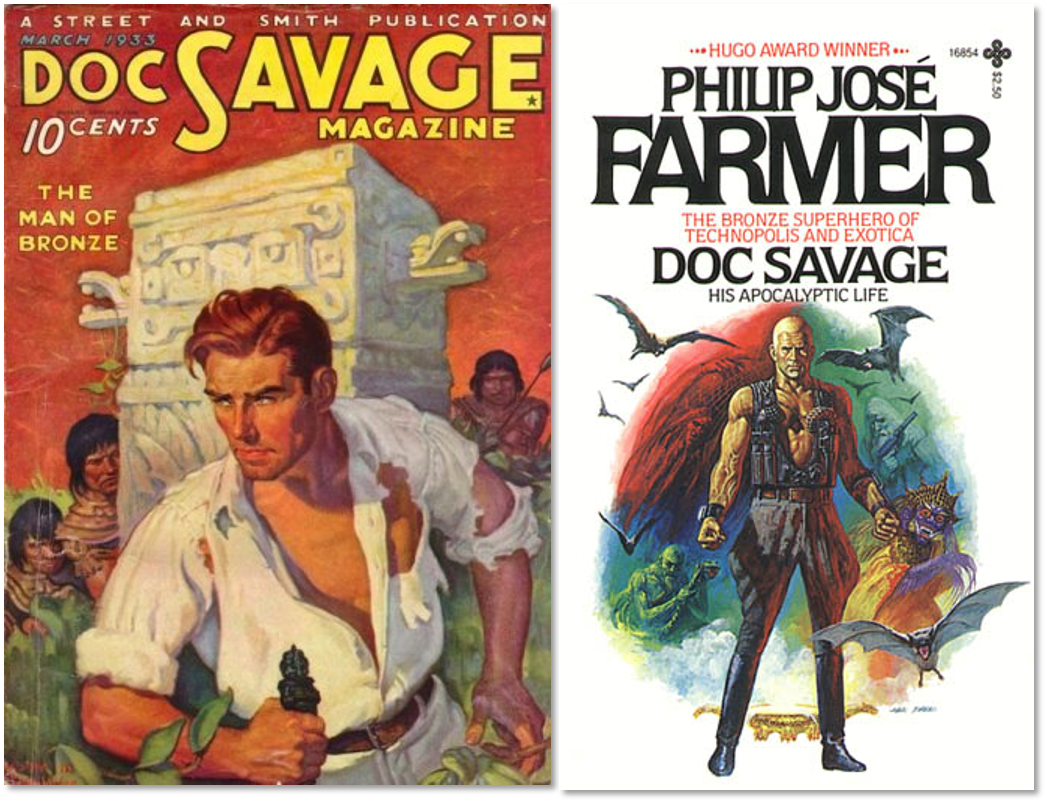 I feel a certain kind of pity for everyone who grew up without Doc Savage in their lives to serve as a role model, inspiration, and personal hero. Which is probably nearly everyone except geeks from the 60s, 70s and 80s. Fortunately, I was one of those geeks. I discovered Doc Savage the same way I found most of the sci-f books I read as a kid, in the magazine and book store my family frequented every Friday after eating dinner out, usually Burger King or Ponderosa or some similar restaurant. The bookstore didn’t have a wide selection, but it did have a fairly quick turnover. It’s where I spent most of my allowance. And since there are some 181 Doc Savage novels, once I’d read one, I had plenty to keep me busy after that. I don’t remember how many I read. 20 or 30 maybe. If you don’t know who Doc Savage is, click on this link to a short documentary about the series and prepare to be taken back to the 1930s and 40s and hold on for the wild adventure led by a six foot six genius adventurer and his team of fellow scientists. It was adapted into a cheesy film in 1975 and there rumors that it will be made into a film starring Dwayne Johnson and directed my Shane Black, but there have always been rumors and I’ve always been disappointed. Until then I’ll have to settle for reading Philip Jose Farmer’s Doc Savage: His Apocalyptic Life