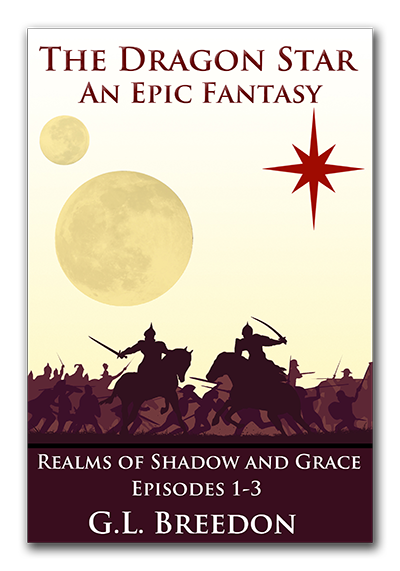 You will no doubt have noticed the name and cover switch. After some feedback from beta readers it became clear that the cover and title needed to change. I had been thinking of the story as The Pilgrim Star since before I started actually writing it and only after some feedback did I realize how poorly it served the actual novel I had written. The Dragon Star works much better for a number of reasons, the least of which is that it makes the genre of the novel perfectly clear.

And while I liked the original cover quite a bit, it only did two of the three things I’ve realized a cover needs to do: stand out on the page and catch the eye among similar books, evoke some sort of response or feeling, and declare the book’s genre. I think the new cover succeeds on all three counts much more successfully.

So, if you’ve enjoyed Episodes 1-3 (which you can get for FREE by signing up for the newsletter) the full novel will be out on January 2.

And if you haven’t started reading yet, you can check out the first few chapters here. Chapter 3 from Episode 1 has been added to the Excerpts page.