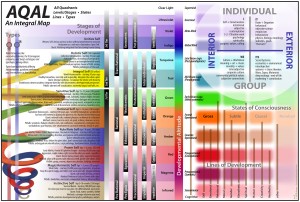 The day job is still keeping me too busy for regular blogging. Since it’s election season I thought it might fun to post a little something about worldviews. Below is a semi-essay I assembled in response to the notion that the nation not being divided into two factions (Democrat & Republican), but really being divided into at least three: Traditional, Modern, and Postmodern.

So here’s a sort of quick checklist that you can either apply to yourself, or use to explain to others. None of these are hard and fast descriptions. Many people are in a transitional phase between one of the worldview stages, and these transitions generally take at least five years.

This leads to the second caution, which is not to overestimate the depth and breadth of your worldview. If anything, you are better off under estimating it. Again, these are just general description and this is not a test. Hopefully it’s interesting and helpful in these final days of the 2012 election.

You probably have a Traditional worldview if:

You probably have a Modern worldview if:

You probably have a Postmodern worldview if:

You probably have an Integral worldview if:

You probably have a Spiritual worldview if: